Please email Bob: micksturbz@gmail.com if you wish to be kept informed of events taking place in and around Tirabad.
Be the first to reach the 'pimple'.
Your name here:
Adam Gardiner Location: Cyprus

Hi Bob,
Perhaps I can become an overseas 'Friend of Tirabad'? I probably qualify for excentricity.
Best regards from Larnaca Cyprus,
Adam Gardiner

* Takeoff's are optional. Landings are mandatory.

* Flying is not dangerous; crashing is dangerous.

* The propeller is just a big fan in the front of the plane
to keep the pilot cool. Want proof? Make it stop; then
watch the pilot break out into a sweat.

* The only time you have too much fuel is when you're on
fire.

* Every one already knows the definition of a 'good' landing
is one from which you can walk away. But very few know the
definition of a 'great landing.' It's one after which you
can use the airplane another time.

* The probability of survival is proportional to the angle of
arrival.

* A helicopter is a collection of rotating parts going round
and round and reciprocating parts going up and down -- all
of them trying to become random in motion. Helicopters can't
really fly -- they're just so ugly that the earth immediately
repels them.

* Learn from the mistakes of others. You won't live long
enough to make all of them yourself.

* There are three simple rules for making a smooth landing:
Unfortunately, no one knows what they are.

* The only thing worse than a captain who never flew as co-
pilot is a co-pilot who once was a captain.

* It's easy to make a small fortune in aviation. You start
with a large fortune.

* A male pilot is a confused soul who talks about women when
he's flying, and about flying when he's with a woman.

Posted by Unknown at 1:05 PM No comments: Posted by Unknown at 1:34 PM No comments: Tirabad residents manned access points to the Crychan Special Stages from 5pm on Friday until 7am on Saturday..........
Many thanks to all
Posted by Unknown at 2:18 AM No comments:

Labels: Guard Duty in 5* Acc and Visitors from Madrid

Any feedback on the following walk would be welcome. 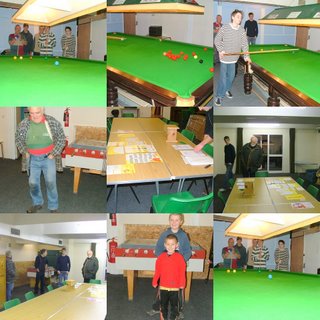 Tirabad Children in Need SNOOKATHON
Posted by Unknown at 6:56 AM No comments:

Web Counter
Posted by Unknown at 2:28 AM No comments: Good News!
The Snookathon Raised nearly £400 for Children in Need. The winner of the Pudsey raffle was Dai the butcher in Llandovery.
Thanks to all who supported this event. 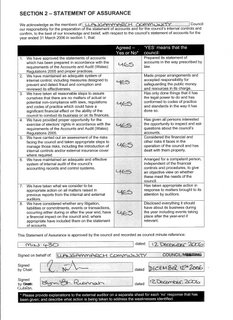 Posted by Unknown at 3:15 PM No comments:

For fares and timetables go to.......
http://www.ndrcarriageworks.co.uk/line.html

Posted by Unknown at 2:58 PM No comments:

Posted by Unknown at 5:34 AM No comments: